Eleven Bottles of Backyard Wine For the Wolf of Wall Street 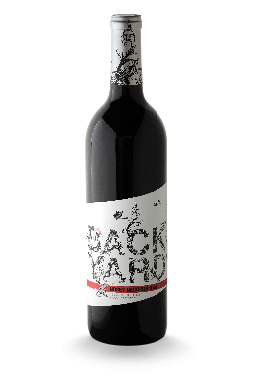 Hunky Z and Kitty paid Sonja and I a visit on the weekend. They brought some wine with them to share with us. A fucking case minus one bottle. "Twelfth bottle did not survive the fall off the back of the truck," is how Hunky explained it.

Red wine. Named Back Yard. From a Valley winery I had never heard of called Nosey Neighbour. We did not have to drink all eleven to get ourselves pretty ripped. None of us upheaved, therefore I give it 103 points.

I picked up dinner after helping finish off the first two bottles. Punjab food. As I waited for our order to be brought out to me I noticed a bottle of whisky I had never seen before. "What's that shit?" I asked the barman.

He reached an empty bottle my way with a hairy brown arm. It was called Antiquity. Distilled in the Punjab. I pressed my nose to the top of the bottle and breathed deeply. Smelled good. Smelled fucking good.

Seeing the pleasure in my eyes the bar man got me a glass and poured me a wee one. Not half bad. Never seen it in the liquor store. If you do do not be afraid to pick up a bottle. Looks like corruption and gang raping women in the backs of buses is not the only thing Indians do well.

After dinner we watched "Wolf of Wall Street." Great fucking movie. Turns out those Wall Street motherfuckers were acting the same as punk rockers in the Reagan years. Only difference was we were fucking higher class women and they were snorting their coke instead of shooting it up.

If you have been put off Martin's latest by asshole critics who would not know the difference between life and death if they went on a Holiday In Afghanistan it is time to say fuck you to them. Wolf of Wall Street was the best film of 2013 by a motherfucking mile. May just be Martin's best film ever.