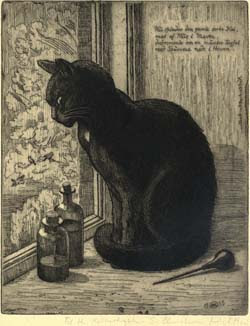 When I wrote the following, late last night, after I had been drinking a good deal, because that is what I do when people die and I am feeling kind of helpless, I did not intend it for publication (and will do so with a couple small edits) and have since sent a similar message to the Occupy Vancouver Organizing Committee, which I too will publish below, in which I have amended, for good reason, as I am an outsider, my offer as a concerned citizen of our region and a proud supporter of Occupy Vancouver, come what may. It, too, will be edited slightly for clarity and to preserve a few personal details.

It is, by the looks of things, from the new vantage point of a sober Sunday morning, Occupy Vancouver's time to do the right thing, before the City does the wrong thing.

Dear Gregor,
I was in the Art Gallery square this evening, a few feet from what happened, happened. Your response, from what little I saw of it on my television, after I watched the Lions do their work, is understandable. No getting around that. That said, death at the Occupation was inevitable. Too much hot shit on the streets for it not to be.

I anticipate, however, it is not in the best interests of your city (I am a citizen of Abbotsford) (where we have our own problems) to intervene forcefully, as you too anticipate. No telling what the consequences of that might be, in an age of untellable consequences, in today's uncertain context.

Could be such a confrontation is all the organizers and participants ever wanted. My attendance, just three Saturday's worth of observations, does not support this. Consensus, the Occupation's ringing bell, does not often ring with a fight.

I do hereby offer my service as a peaceful, gradualist, Godwinian Anarchist to talk the Occupation down from the ledge before such forceful action be initiated, if no one from your city, a city I have volunteered in and owe much to, has similarly made such a mediatory offer.

I sure as fuck hope they have.

Be it the City initiated confrontation, or the Occupation's tactical retreat, my feeling is there will be much more written on this page of history, what ever it is you choose to do.

Perhaps an evening in tears, such as I have had, will put people in the same frame of mind as I. I hope so.

Have only been in contact with Geoff Meggs, who I met by happenstance, only a week or so ago, before I sent this letter, which, come to think of it, I should have sent much sooner.

I advised Geoff then it would be in your city's, and your own, political, best interest to speak to the Occupation in a general assembly as a free citizen, an individual, and to make clear you are doing so as such, in favour [broadly] of their aims, but fearing their means, as winter pulls its cloak of darkness over Canada, would mean certain death for some of its well meaning participants.

Too late for that, I guess, but not too late perhaps, for a winter's truce in this century's freshly enlivened fight over our scant resources.

This is for everybody,
I am a peaceful, gradualist Anarchist from the Fraser Valley who has been delighted by my visits to your Occupation, by all you have accomplished with it and all the promise for the future it encompasses. Even last night was delightful in its own sad way. That, however, is not why I am writing to you this morning.

I am writing to advise you to please, voluntarily, de-occupy. Given the present circumstances, winter (the least discerning of our seasons) is upon us. The cold is not the Movement's friend. It is no one's friend and ought to be given all the respect it deserves.

A retreat, at this time, is not a defeat, not to the authourities, not to anyone. It will provide time to reassess tactics, reinforce the message, to gather force to once again, when, perhaps, spring makes the streets more inviting, attack, hopefully in the same steadfastly peaceful manner you have thus far conducted yourselves.

It probably is not my place to bring such a proposal to a general assembly. I would only do so if invited and then with the knowledge that as an outsider my words may not carry the weight they ought to. It is your city. It is your Occupation. Think about it. Do the right thing.
Posted by Mr. Beer N. Hockey at 12:40 am

I am in no mood to sit on my fucking hands.

At some point, the protesters need to ask themselves what exactly they are accomplishing.

Let me tell you what they arent doing:

a) Coming up with calculated, costed polocy proposals that bring about real change for people

b) Knocking on doors, or calling people, trying to build their base of support

c) Developing any type of medium term action plan that will actually change anything.

Sleeping in tents is a good gag to get media attention for a few days, but after a point, you have to ask yourself what you are doing there.

How are you changing the world? I know a hundred people who wake up and are doing more to change society than these people.

Never thought I'd agree with your sentiment on the occupation Beer but you are right. It is time to take the movement out of the tents. It is all much bigger than tents, art galleries and large targets upon which the media and opponents capitalize.

The Movement has got itself rolling using tents as its vehicle, and a very useful, highly visible, vehicle it has been, but I concur, the vehicle is low on gas and ought to be replaced before it leaves its occupants stranded at the side of the road.

Mr. Beer, you are a wonderful person, going on what I've read here, and not just today. (and you make me want to meet Sonya)!

Quite a lot of people have read what I have written here in the last 24 hours or so. Thank you for doing so and thanks, too, to the people who may have directed your eyes this way. I hope some of those eyes belong to the good people I have directly addressed. Then maybe one day soon I can go back to writing about walking my dog and my beloved Lions.

While I don't necessarily agree with all you say here, I do agree that this protest needs to de-occupy. So I have Tweeted your URL for this post out to my "followers" and the #OccupyVancouver universe.

Thanks for your reasoned thinking on this.

Thanks Bill. Some time ago, after taking a short labour sponsored course about labour history, I asked the instructor, Mark Leier, where the next group of effective young social activists were. At the time, they were nowhere to be seen and that made me unhappy because I thought we really needed them. Mark was confident they would show up in the fullness of time. I hope they keep steering their focus on educating the 99%, calling out the 1%, and avoiding unnecessary energy wasting conflict with law and order. I hope we have learned that much from the young, largely ineffective, anti-corporate, anti-government activists of the past decade or so.

...educating and continuing to bring along... is what I ought to have said there.