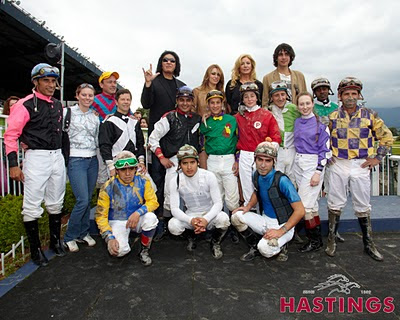 I bought the Sunday Province yesterday. For a change it was worth the smash I paid for it. I read something in there. Read something I was going to write about yesterday but I did not. I decided maybe I better let myself cool down a little first. Did not want to write anything that I might be sorry I wrote later.

40% of the trees logged on my province's coast in the first half of this year were exported as raw logs.

Fuck am I pissed.

Hey Christy, be careful where you bend over next time you visit Steepleton because I am going to be ready and waiting to stick your motherfucking jobs, jobs, jobs plan up your ass.

The Greatest Place on Earth? Fuck you!
Posted by Mr. Beer N. Hockey at 7:11 am

I think I love you. This is the best writing I have ever read. Seriously, don't hold anything back man! ;)

Beer,a reader brought over a photo of those raw logs on a freighter headed to china out of Port Alberni. Bring your barf bag when you come, its sickening to actually see it.

Someone has to stop this. Be good to pass this photos around to all the mill workers unions.

On second thought, do not queue up the Partridge Family. It looks like they just might be running this province - into the ground.

I have a funny feeling the people who make up what little is left of our coastal forest industry are not going to take this latest bit of bad news lying down.

Raw logs already figure prominently in the Ochification of the State of the Golden Era.

This just makes it all the better.

Not only that, they want to log the Rain Forests. That's the home of the, unique small wolves and the Spirit Bears. There are also salmon runs and thousands of wildlife critters live in that forest.

The channel into the Rain Forests, is the same one, the dirty oil tankers from China will take.

In that channel, there lives our beautiful Orca and Humpback Whales. There are thousands of marine life species, that live in that channel.

I am guessing as, our raw logs go to China, will there be ships in the Port Kitimat channel, to pick up the logs?

I read quite sometime back. Campbell sent some of the mills to China, along with our raw logs. He shut down 51 mills, and cost our BC mill workers 131.000 jobs.

Now, we have lost many more jobs. The contract for dismantling the smelter, in Kitimat. The Contract is American and they brought their own workers. The few jobs BC workers got!!!They were treated so vilely by the Americans, as badly as they need jobs some quit because, of the abuse. The BC people, were given no safety gear, such as the American workers were given.

So how many of the seven mines, going into Northern BC are American? Will they bring their own miners too?

So much for Harper and Christy's b.s, jobs for Canadians. The jobs are for Americans.

How do you expect China to become our masters if we don't help them out? C'mon Beer, it's not about us... pitch in and help our future rulers out!

How is it that when someone "loses" it, what happens is that he is actually finding his real voice. I watched France2 evening news just a few minutes ago and the Prime Minister "lost it" in the National Assembly. I loved his discomfort. I don't love your discomfort, which I share entirely, but I sure appreciate the directness of your discourse.

I did a little asking around about the 40% figure. Turns out the percentage of trees logged on our coast that are shipped to other countries may be closer to 50%. That percentage has been reached in the recent past. It gets a little hard to keep track of them due to number of hands logs often times pass through.