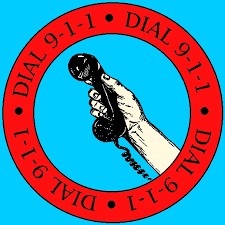 About four years before the the Dope City Free Press began publishing a couple airplanes flew into a couple very tall office towers in the city of New York. Again I have been drawn into writing about that day just as I have been in other years.

Because of the nature of overseas attacks on American targets and the previous attempt on the same buildings it was clear to me America and, in all likelihood, its symbolic New York towers would soon  be attacked in some way. The use of someone else's aircraft as the means of destruction was as surprising to me as anybody.

The date of the attack that morning was a dead giveaway it was the same people, more or less, who made the first attempt on the towers: 9-1-1. Few, if any, cultures are as poetic as Arab culture. 9-1-1, motherfuckers.

There is a better way.

I approve this message!